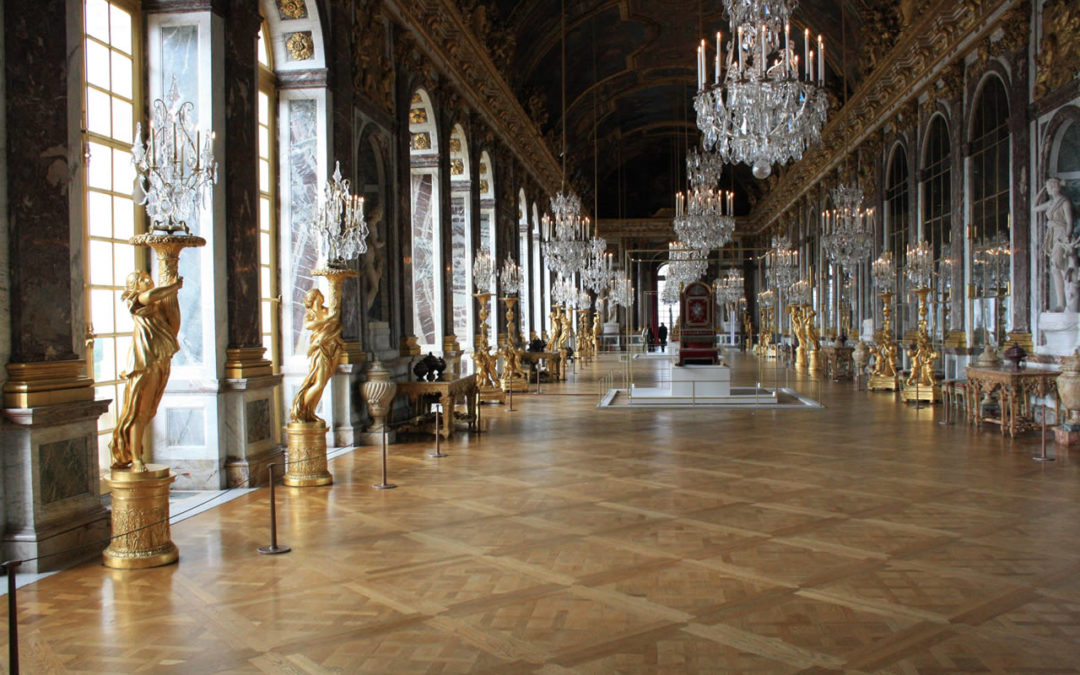 Parquet flooring is a fairly intricate type of flooring made up from lots of small strips of different types of wood. You’ve probably walked on this kind of floor dozens of times, in libraries and schools, and probably enjoyed following the patterns with your eyes. These wooden strips or blocks are more often than not set into a characteristic herringbone geometric design, which is a nightmare if you try to get from one end of the room to the other without standing on a crack! 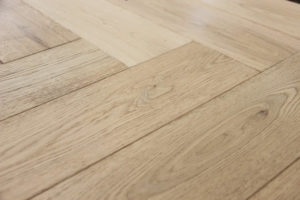 The art of parquetry (laying floors in a parquet fashion) first appeared and began to gain popularity in the 16th century, when its most notable admirer, Louis XIV liberally bedecked the floors of his Palace of Versailles. The actual meaning of the word parquet derives from the old French term parc, “enclosed space” or more exactly parchet, “small enclosed space”.

In its infancy, parquet took the form of large diagonally-set squares that became synonymous with Versailles itself. This new and quite revolutionary style of flooring was introduced in order to replace the existing and somewhat unsustainable marble flooring that was perceived to be old fashioned and required constant washing. This, in turn, caused the supporting joists to rot due to the damp. The parquet solved this problem and offered a new level of sophistication at the same time.

The novelty of wall-to-wall carpets, especially in colder countries, began to replace (or cover) many domestic parquet floors by the mid 20th century. As the prices of these new floor coverings began to drop, its installation increased, until it became more unusual to see bare wood on the floors of people’s homes. As always happens though, fashion has a habit of returning to quality, and it wasn’t long before the parquet floor was back to stay. 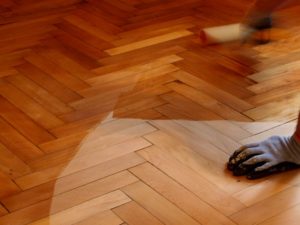 There are several reasons, nostalgia and taste apart, that helped with the resurgence of hardwood flooring. One of these is the advent of affordable underfloor heating, which will do as good a job as any carpet to keep the toes nice and toasty, although the hardwoods that are used for this type of flooring generally tend to be quite warm anyway. Another reason is the rising awareness of allergies, asthma and other respiratory conditions. Carpets are dusty by nature, and as a result can harbour dust mites, which exacerbate certain allergies. Wooden flooring is hypoallergenic, and very easy to keep clean, which negates this issue entirely.

The aesthetic appeal of parquet that sets it aside from other types of hardwood flooring comes from geometric patterns employed, along with the contrasting timber that offers different grains and rich wood colours to complement one another as they nestle together. Parquet flooring is the hard-hitting champion of the flooring world; it works just as well with any decorative style, traditional or modern, it’s hard-wearing, and as previously mentioned, it’s easy to clean.